The new iPad is here with the stunning Retina display, the 5MP iSight camera and ultrafast 4G LTE, and Betsafe Poker is giving away 15 of these new iPads to our poker community. It just came on the market, and it can be yours completely for free in our Giveaway Final played on the 31st of May. Secure your seat in the final now!

This is how you qualify: 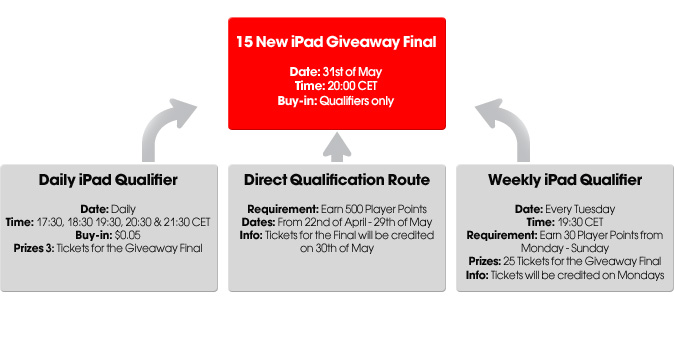 Check if you have reached the Player Points target for the different qualification routes:

Willy’s Hot Chillies™ Slot is packed with Multiplier Wilds. There are Multipliers o…